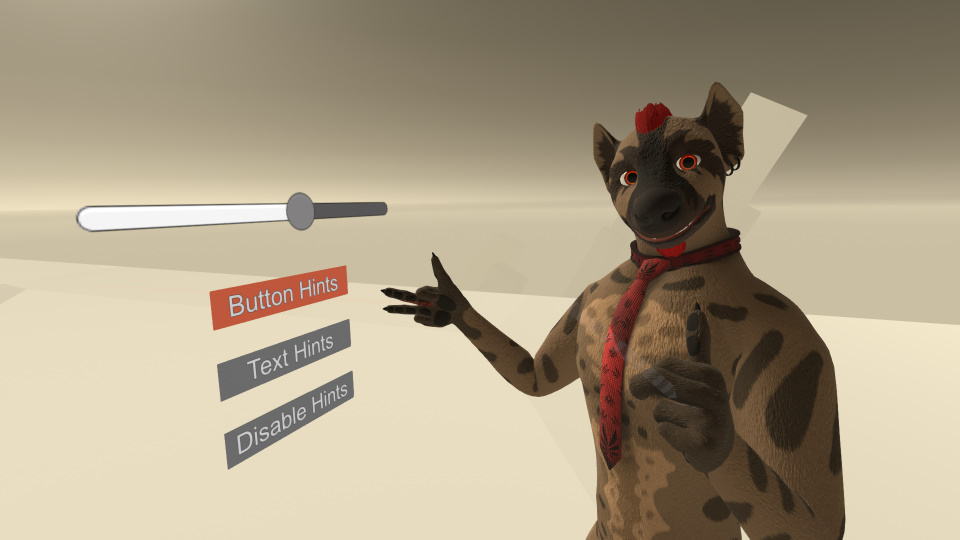 Setup UI in your World for PC and VR user!

You can use the Somnium Space UI interaction system by configuring your UI correctly.
In this tutorial you will learn how to setup and use simple buttons and sliders !

From an UI created in unity, you need to do some changes for it to be used by Somnium Space interaction system:

First gameobject need to be a canvas then you simply put the UI component inside.

When you create a new canvas from the quick menu (right click) you need to make some changes. First, consider that you will work in “pixel” from now not in meters. (steps are in the wrong order in the picture do 3 first)

In the top hierarchy of the scene, a GameObject named “EventSystem” have been automatically added. If you leave it there it will interfere with Somnium Space “EventSystem”.

Buttons are made of 3 gameobject:
– the button
– the text
– a collider

Right click on the Canvas then select -> UI/Button. This button will be almost usable. You just need to correct the size in pixel (remember 1000 pixel is 1 meter)

To receive the event on your script, create an unity event node and set same name you put on the button “On Click()” (here we used “button”)

There is nothing special to do with the text, it should be already there, you can change it for textmesh-pro (make sure to use TextMesh-Pro 2.0.1).

Inside the button we need to add a collider on the UI layer.

The setup of a slider is similar to the button. You need to add a collider under the Slider Gameobject. Same as the button you need to change the layer and the scale of the collider (also remove the mesh renderer).

Link a script to the slider

There is a litle difference on the script side. you will need to get the slider value when you receive the “On Value Changed()” event.